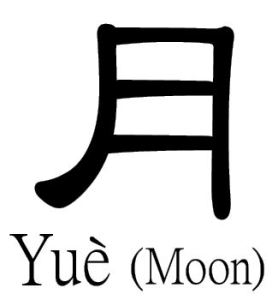 You often come across comments about dyslexia in China being different to dyslexia elsewhere. This was reported in some research commented on in the Economist:

But being dyslexic in Chinese is not the same as being dyslexic in English, according to Wai Ting Siok of Hong Kong University. Her team’s MRI studies showed that dyslexia among users of alphabetic scripts such as English and of logographic ones such as Chinese was associated with different parts of the brain, just as different parts of the brain were involved in reading the two types of language. Chinese reading uses more of a frontal part of the left hemisphere of the brain (called the left middle frontal region), whereas reading languages with an alphabet uses a posterior part of the brain (the left temporoparietal region).

When you learn to read English, you need to decode or sound out words; that is each visual form of the letter or combination of letters gets mapped to the sound of a word. In the Chinese language, the words are graphic and are not sounded out or decoded. The letter to sound conversion of the English language does hot happen in Chinese.

Our daughter is excelling in Chinese at her school. It is now obvious why!

There are no comments yet.